Eurobonds could remove the basis for speculation

Populists like to prop up the image of Germany or Austria as the ‘paymasters of Europe’ who have to foot the bill for others. Apart from the fact that ‘the others’ often are German and Austrian banks, which speculated in southern Europe and Ireland and incurred large losses, it is often overlooked that our net contributions tend to flow back into our countries with a significant interest mark-up.

Thus, our economies are net beneficiaries but the crisis also brings about also other tangible benefits to the ‘core countries’ of the euro area. More specifically, the yield of Austrian and German government bonds is at a historical low, while interest rates in crisis countries have exploded. The reason behind this phenomenon is that investors seek a ‘safe haven’ for their funds and are prepared to forego higher returns. At crisis peaks they are even willing to pay more for this assurance and interest rates can turn negative. According to several independent estimates, Germany has saved between 70 and 100 billion euros in terms of lower interest payments (over the entire maturity of its bonds) due to the crisis. 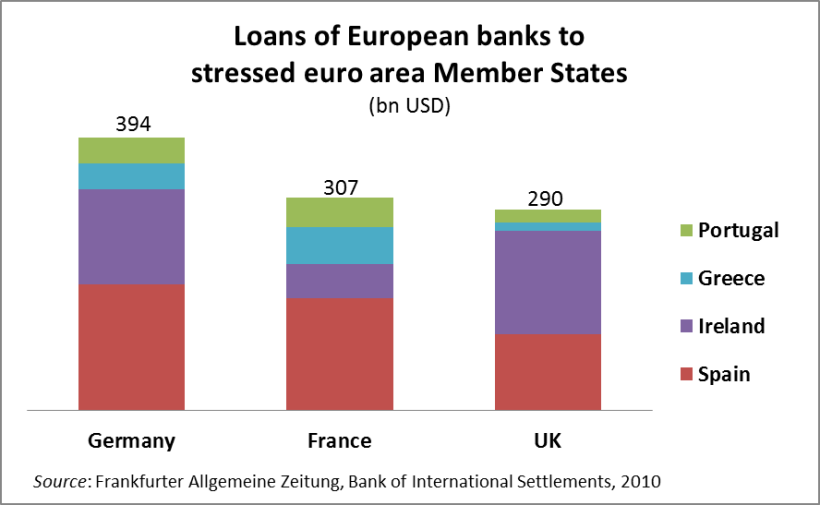 We are often told that community bonds (euro bonds) would increase the cost of debt financing in countries with high creditworthiness (AAA-rated countries) and would provide no incentive to crisis countries for budget discipline. Theoretically, it is not proven from the outset that jointly-guaranteed bonds would actually be more expensive for some countries. For example, given the larger supply of (euro) bonds, the liquidity premium is likely to be lower, i.e. the part of the interest rate that investors demand because they are concerned about the ability to sell their bonds anywhere and at any time. Euro bonds would also remove the basis for speculation. Of course countries would have to meet strict requirements in fiscal discipline in order to get access to shared sovereign funding. Actually, euro bonds already exist in the form of issuances of the euro rescue fund (EFSF, ESM) and the requirements of the Troika concerning fiscal discipline can certainly not be characterised as too lax.